Why Climate Change Is Important 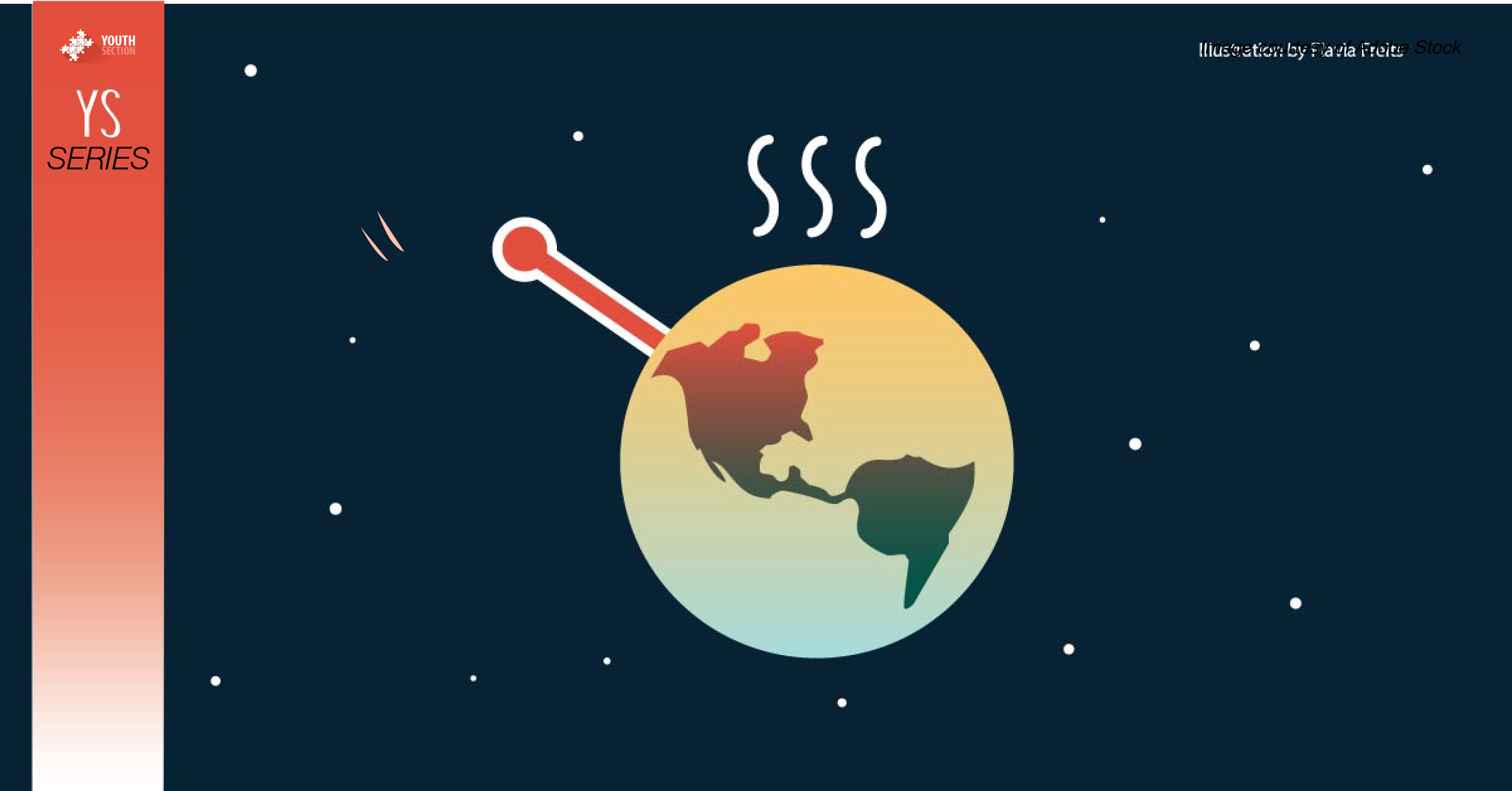 What is climate change?

Climate is the weather condition within a place in a certain period of time. Climate keeps changing from season to season and from place to place.  The difference between climate and weather is that weather is the changes people see and feel outside every day. In contrast, climate is the usual weather in a specific place. Factors such as rain, high and low temperatures, humidity, snow, winds, droughts, etc., are components of the climate and are not the same in every place and period of time. Different places and different seasons of the year have unique weather conditions that vary from one another. Climate change is the changes that occur in the pattern of weather, related to changes in oceans, land surfaces, and ice sheets, which have happened slowly during the last decades or for a longer period of time.  During the past decades, planet Earth has experienced the most drastic changes than during the past centuries and millennium. Climate change can be defined as the statistical properties of the climate system that persist for several decades or longer - usually at least the past 30 years. They include averages, variability, and extremes.  The factors behind the climate changes are natural and man-made.   The sun’s radiation, volcanos, or internal variability in the climate system are natural factors that have affected climate change. These are not the only ones; human beings have played an important role in climate change as well, but not for the better. The role man has on the environment and the use of natural resources for his benefit, such as the use of oil, the release of CO2, land use, and deforestation, have caused drastic climate changes in the last few decades. Nowadays, people can forecast the weather for a concise period of time up to 7 days in advance. At the same time, climate change can only be predicted if caused by man-made influences known and predictable.

Global warming is another term used interchangeably with climate change, even though scientists prefer the last term, because the warming of the atmosphere and oceans are just some of the many other changes we see on planet Earth. Global warming is the increase of the planet's overall temperature. Although this trend has been going for a long time, the last decades have significantly increased global warming. As we have mentioned above, the burning of fossil fuels, with the increase of human population, more and more CO2 affecting the earth atmosphere. The burning of oil, coal, and other natural gas causes the "greenhouse effect" in the Earth's atmosphere. Scientists explain the greenhouse effects as the trapping of the sun's heat close to the Earth's surface by the "greenhouse gases." It may look like a sort of blanket around the surface of the Earth, keeping it warmer. These gases are carbon dioxide, methane, and nitrous oxides. These gases are natural or part of the Earth atmosphere, which protects life on planet Earth, allowing the proper temperature for the existence of life, or these gases can be man-made. The level of carbon dioxide on Earth's atmosphere has been increased significantly for decades and traps extra heat near the Earth's surface, causing the temperature to rise leading to global warming.

The effects and impacts of climate change

Climate change has caused clear effects on the environment. The glaciers have shrunk, leading to increased sea level, plant and animal ranges have shifted, and the trees are flowering sooner. Scientists believe that if we do not take precautions, global temperatures will continue to rise in the coming decades due to greenhouse effects caused by human activities. The Intergovernmental Panel on Climate Change (IPCC), which includes 1,300 scientists from the US and other countries, predicts an increase in temperature from 2.5-10 degrees Fahrenheit over the next century. These weather changes will vary from place to place.  Some of the countries will benefit from it, while others will suffer. Scientists have predicted very negative impacts on planet earth affecting all living beings' lives if governments do not take the right precautions.  There will be an increase in temperature. Because of the human role in a naturally varying climate, the temperature will not be smooth across the country or time. The length of spring and summer seasons has increased dramatically since the 1980s, affecting agriculture and ecosystems. This increase would have been smaller if the greenhouse effects are reduced. There has been an increase in precipitation since 1900, but in some areas, it has increased while in other ones, it has decreased. In some areas, there is an increase in rainfalls. There are other areas around the world with a higher temperature leading to droughts and heatwaves. This trend is predicted to be more and more tens for the heat waves, while less and less tense for the cold ones. Climate change and global warming have caused a chain reaction in the life of planet earth, with changes in precipitation, rising sea level, and longer frost-free seasons, but that's not all. There is a prediction in an increase of Hurricane-associated storm intensity with the rising of global warming. Another concern for the scientists is the melting of Arctic Ice, affecting at large the ecosystem and the rising sea level in some nearby areas. 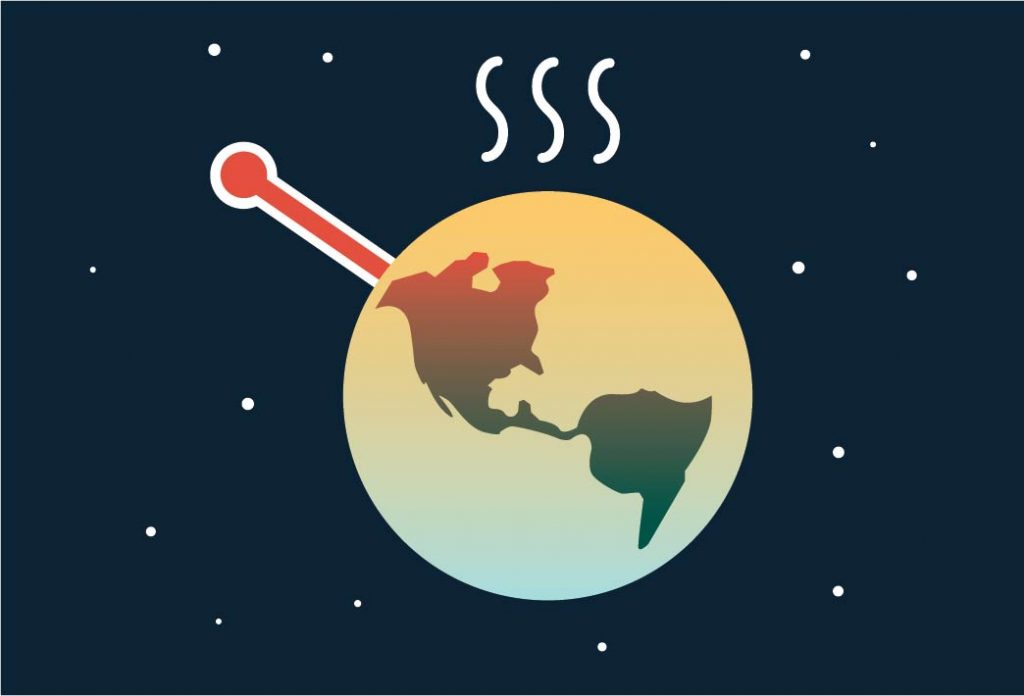 Why should we care about climate change?

Human beings are not the only ones affected by climate change. Animals all around the world are affected negatively, for example, the polar bears. Many species will find it difficult to find food, and there will be a decrease in their habitats.  Climate change will have a negative impact on the life of different plants as well. Maybe the most important of all the factors is the water supply. Life cannot exist without it. A slight increase in global temperature will destabilize the water cycle, making water scarcity even worse. Climate change affects rainfall patterns and drought at the same time. Due to the greenhouse effects and the emissions of gases caused by humans, activities into the atmosphere have drastically caused air pollution. This can be seen pretty much in China, causing people asthma, heart, and lung diseases and endangering the health of future generations. Climate change effects will include all humans around the globe and animal and forest life. Extreme weather, an increase in food prices, and people worldwide feel the adverse effects of climate change. The past generations lived their life on the planet earth, a beautiful, diverse, nurturing, and awe-inspiring planet, which they left us in inheritance. It is up to us to leave it to future generations who should not pay for our mistakes and how we have treated our mother Earth. Millions of people are working together for a better world because humanity is capable of doing great things.

Why does it matter, or why is it so important?

Climate change is one of the most pervasive and threatening crises humanity faces in our time. This is an existential threat for all kinds of life on planet Earth. Scientists say that if mankind continues in this path, there will be devastating consequences on where we live, how we grow food, and other services crucial for our well-being. Most of the people don't feel what is happening, but if there is a slight temperature change, a 2 Celsius degree will lead to more heatwaves, tenfold Arctic ice-free summers, and a complete wipeout of coral reefs, which are habitats of millions of species.

Climate change is affecting the life of the American people in almost every aspect. Its impacts are obvious in many important sectors of society, from human health to agriculture and food security, water supply, transportation, energy, and many more. These trends tend to increase in the next century and beyond. Due to the increase in temperatures, there is an increase in wildfires, air pollution, and diseases. The disruption that is happening in agriculture is a trend that would diminish America's food supply. But unfortunately, this doesn't end here; in some regions, high temperatures associated with droughts have caused larger wildfires for a longer period of the season.  Across the coastline, the rise of sea level, combined with storms, has endangered the population due to storm damage, erosion, and flooding. The higher temperature, a rise in sea level, and precipitation are causing a negative impact on roads, rail lines, airports, ports, energy, and infrastructure. The ecosystems like the forest, beach barriers, and wetlands buffer the impact of fires, floods, and severe storms. With the increase of the temperatures, the chemistry of ocean water together with overfishing and pollution, endanger marine life.

Scientists are confident that if humanity reacts immediately by decreasing the amount of carbon dioxide and other gases in the atmosphere that causes the greenhouse effect, this would reduce global warming requiring it from 1.5 Celsius degrees up to 2-celsius degree. Humanity has the solutions, and it is its responsibility to act in time. This requires rapid and unprecedented in all aspects of society.  Suppose each one of us becomes aware about the responsibility and takes precautions to curb climate change. In that case, we will never have dire consequences. The world has to adapt to cleaner, and more sustainable energy solutions, creating millions of new jobs and billions of dollars in economic benefits. Some of the most simple and basic things to do to fight climate change are: On September 23, 2019, Secretary-General Antonio Guterres convened a Climate Summit to discuss with the world leaders, the private sector and civil society to support the process and to react immediately to the climate change issue and its solutions. This summit focused on certain key factors where immediate action is required, such as in heavy industry, nature-based solutions, cities, renewable energy, climate finance. At the end of the summit, the secretary-General said: "You have delivered a boost in momentum, cooperation, and ambition. But we have a long way to go."  "We need more concrete plans, more ambition from more countries, and more businesses. We need all financial institutions, public and private, to choose, once and for all, the green economy."   Special thanks to Northeast Ohio Regional Sewer District

December 26, 2022
PrevPreviousHow to Create Your Own Mind-Mapping Techniques for Any Subject
NextThe Importance Of Critical ThinkingNext
On Key