What role does social media play in the social-emotional wellness of youth?

We live in a digital world of internet technology and social media. Individuals of almost all age groups use social media for personal, educational, and marketing purposes. Influencers showcase their lifestyle, whereas marketing professionals share relevant tips with aspiring marketers. Motivational speakers share motivational posts for individuals looking to attain motivation to launch a business, start a career, or enroll in a particular course. Brands and small business owners promote their products and services with the help of social media, locally and internationally. There is no denying that social media can be used to connect with friends, family members, and loved ones. However, amidst the extensive usage of social media in the 21st Century, a critical concern arises regarding the role of social media in the social and emotional wellness of the youth at present. According to a report by the Centers for Disease Control and Prevention, suicide was the second leading cause of death in individuals between the age group of 13- to 19-year-olds in the United States in 2019. The report further stated that it was the leading cause of death in 13-year-old individuals and is the 10th leading cause of death in all Americans. Researchers have theorized that the increase in social media usage and extensive consumption of technological devices has led to an overall deterioration of an individual’s mental health and increased suicidal thoughts amongst the youth. There has been much controversy surrounding the subject of social media’s impact on the youth of today. Social media is a world in itself, and the youth is exposed to all kinds of content in this digital world: harmful and educational. Over the last decade, many pieces of research came forth providing a correlation between the use of social media and its impact on the mental health of adolescents, teenagers, and young adults. A 2018 population-based study conducted amongst children and adolescents portrayed a significant association between the individual’s increased screen time and a decrease in overall emotional well-being. This study revealed that individuals between the ages of 14 and 17 who consume social media platforms for more than seven hours daily are twice as likely to be depressed and seek psychological help from medical professionals. According to experts, constant overstimulation of social media platforms shifts an individual’s nervous system into a fight-or-flight mode, resulting in a series of mental illnesses such as anxiety, obsessive-compulsive disorder, ADHD, and depression. Some research has also proved that teenagers who might already be facing depressive symptoms would shift to spending more time on social media. A 2021 report by Common Sense Media states, “Some experts argue that young people’s use of social media adds to their depression; others that their depression leaves them so uninterested in other activities that they turn to social media by default. [Our] research suggests a third possibility: that many young people who are experiencing depression— whatever the cause—are purposely and proactively using social media and other digital tools to protect and promote their own well-being.” According to a report by the Pew Research Center, approximately 25% of adolescents believe that the extensive usage of social media can pose negative impacts on an individual human being. According to a report by Clinical Psychological Science, the extensive rise in depressive cases is closely linked to adolescents’ extensive consumption of social media applications. A 2019 study by the Sleep Health journal reveals that social media usage by adolescents during bedtime contributes towards lower academic performance, disrupted mental health, and lack of functioning during the daytime. This study further revealed that adolescents who spend many hours of the night using social media suffer from a fear of missing out on offline interactions with their peers.

Does social media contribute to teen suicide, depression, juvenile detentions, other crimes, or the overall wellness of youth?

The teenage years are the most crucial and evolving part of an individual’s life because they are filled with significant changes. Feelings such as anxiety or stress may become integral to a teenager’s thought process, influencing their decision-making or problem-solving skills. In these challenging and uncertain times, teenagers might face the pressure to be perfect in “all aspects,” such as their looks, academic performance, and social life. Social media platforms serve as a tool for individuals to showcase their accomplishments, their social life, and their love life. When teenagers view someone else’s profile which seemingly looks like a “perfect life” from the viewer’s perspective, it makes them feel dejected. At the same time, they ask themselves, “why isn’t my life as perfect as theirs?” This is where comparison starts, and as Theodore Rosevelt once said, “Comparison is the thief of all joy.” When teenagers compare their life to the fake life they see on social media, they feel inadequate and deflated, which ultimately leads to low self-esteem. Depression amongst teenagers is more common than we know, and the reports above, statistics, and surveys provided in this study prove that social media has substantially influenced the rise in depression amongst teenagers. The studies mentioned above, and statistics prove that young individuals’ extensive usage of social media contributes to negative emotional well-being, depression, and teen suicide. However, does it contribute toward more extreme negative impacts such as juvenile detentions or other major crimes? Social media is a vast global world, and different people around the world use it for different purposes. It can be used for cyber-bullying, and it can be used for initiating violence, especially amongst the youth. In 2014, various news outlets narrated the bone-chilling story of 2 Wisconsin pre-teens who stabbed their best friend 19 times after luring her into the woods because the internet meme “Slenderman” drove them to do it. Many questions arose amongst the masses when this story was broadcasted on TV channels nationwide. One of the main questions that everybody asked was, does the media trigger violence amongst the youth? Does media promote violent behavior, hostility, and terrorism amongst the teenage population of America? Very few pieces of evidence are available which prove that extensive social media usage leads to hostile behavior in teenagers. However, some studies conducted in the past do provide a link between increased aggressive behavior in teenagers and extensive social media use. For instance, according to a study published in APP Publications, older children and teenagers involved in consequential crimes were more likely to view brutal and aggressive online content. The report further stated that exposure to aggressive online content is associated with simultaneous viscous behavior. The link between violence in adolescents and social media usage is an extensively complicated debate. In 2013, researchers conducted a study on more than 2000 Korean adolescents to examine an association between internet overuse and aggression. This study found a nearly twofold expansion in aggression in severely internet-addicted youth over mildly internet-addicted youth. Another study conducted on a group of Lebanese adolescents revealed that problematic internet usage in the analyzed individuals revealed a strong association between aggression, higher depression, hostility, social anxiety, and anger. A 2009 study published in the Journal of Adolescent Health revealed a strong link between adolescents’ use of media and an increase in their hostile behavior. The study demonstrated that online gambling, online chatting, watching explicit web content, and bulletin board systems were all linked to increased aggressive behaviors amongst adolescents. This association was more significant among adolescents in junior high schools than in senior high school students. Social media is a crucial part of every day for the American youth. Despite the increase in social media use, growing evidence proves that social media has played a crucial role in perpetuating online and in-person violence amongst the youth. Cyberbullying is a growing phenomenon, and platforms such as Facebook, YouTube, and Twitter have become powerful platforms for growing youth violence. According to a statement by Forrest Stuart, an Associate Professor of Sociology, “With online hyperbole so ubiquitous, gang-affiliated youth realize that if they are exaggerating their violent behavior, their rivals are likely doing the same. Thus, they may go to great lengths to expose their opponents’ fabrications.” According to a report by the HHS Public Access, electronic media exposure has surged the risk of children behaving violently in the long run. High exposure to digital media also increases threats to public health. The report further states that there is no single cause of violence amongst youth. In comparison, multiple factors lead to aggressive behavior amongst teens. However, digital media is a contributing factor in influencing violence and aggression amongst youth. Additionally, a popular trend has taken over YouTube and World Star Hip Hop called the “Fight Compilations,” short snippet videos of people fighting. These videos are mostly recorded on one’s cell phone. According to a study by J Adolesc Health, young individuals who watch media violence daily are likely to portray an increased feeling of hostility and exhibit antisocial and imitative violent behavior. The aforementioned studies serve as proof that there is some correlation between an increase in aggressive behavior in teenagers and social media consumption.

What effect could it have on society?

The answer to this is quite evident. The more an adolescent is exposed to violent content on social media, the more adverse effects it will portray on the overall personality and behavior of the respective individual. When an individual is in his teenage years, his brain is in the development stages. He is not mature enough to distinguish between right and wrong. This is why exposure to online material can increase violence amongst teenagers, causing a spark in the crime rate. Additionally, extensive mass media consumption can also perpetuate feelings of depression and suicidal tendencies amongst adolescents. 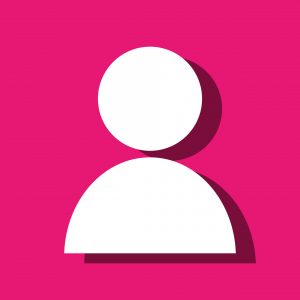 December 26, 2022
PrevPreviousPlastic: The Pesky Pollution
NextHow to Take Care of Your Own Physical HealthNext
On Key