Every parent of a teenager has dealt with their mood swings. Sometimes they will be distant, furious, or tearful. Yet what if they are sad for no reason and nothing seems to pull them out of it? That might be a sign of a serious condition called depression. Get the facts if you think this applies to your child.

According to the book Understanding Suicide: A National Epidemic, depression impacts Native Americans the most. Suicide is the second leading cause of death among young Native people. Professionals do not know why some races are more prone to depression than others, but many risk factors exist. For instance, Native students are more likely to live in poverty.

What are the symptoms?

All adolescents get sad from time to time. However, the difference between sadness and depression is that several of the following symptoms steadily last for two weeks or more.

However, counselor Jessica West notes that she will see a new patient after about one week if the symptoms are apparent and severe.

“The truth is that the two-week standard is something out of the DSM,” notes West.

When do parents need to worry?

The most obvious warning signs are when someone threatens to hurt themselves or others. Call 911 immediately if this is happening. Some families might be ashamed or afraid to do this, but first responders have been trained to deal with these situations. Your teenager will most likely go to a mental hospital where he or she will be observed and treated after an ambulance is called.

According to mayoclinic.com, other options include calling a mental health professional, a suicide hotline, or a general practitioner. If you believe your child is depressed, you are not alone. There are many resources, and the first step is to understand the illness.

Why do teenagers get depressed?

Doctors do not know the cause of depression (in any age group), although most suspect it is due to a chemical imbalance in the brain. Adolescents are also more likely to feel this way if there is a family history of the condition. Finally, trauma may also play a role. Teen Mental Health: Teen Suicide also says other risk factors include:

How can my child be treated?

Suppose he or she is not in immediate danger. In that case, they can see a specialist who can rule out anything physically wrong with the brain. They may recommend your child might get a test called an MRI. An MRI uses a magnetic field and pulses of radio wave energy. In short, it can take pictures inside your child’s head.

He or she might get a combination of antidepressants and therapy if there is nothing that can be fixed with surgery. Types of therapy that help depression include cognitive behavior therapy, family therapy, and psychodynamic therapy.

Cognitive behavioral therapy is defined as recognizing and modifying unhealthy thinking. Family therapy not only helps relatives understand what the sick person is going through but addresses their own concerns. Psychodynamic therapy dresses issues from the patient’s past, and it might take months or even years to be effective. Many psychiatric professionals specialize in treating adolescents.

Originally published within the margins of Zealousness e-magazine in 2017. Revised and updated 2022. 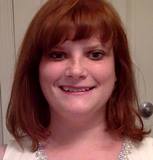 November 21, 2022
PrevPreviousWhy do we dream?
NextThe Journey of Self-AcceptanceNext
On Key