We all have kids around us, and nowadays kids are so much smarter than adults that they can do or understand the things that adults were not able to when they were at their age.

The kids of this era can do a lot more on smartphones, laptops or computers. So why is this happening? Is it because of the education the children are getting in schools or because of their parents?

According to an article in The New York Times by Alison Gopnik, The philosopher John Locke saw a baby’s mind as a blank slate, and the psychologist William James thought they lived in a “blooming, buzzing confusion.” Even today, a cursory look at babies and young children leads many to conclude that there is not much going on.

Children do not show what is going in their minds, but adults can understand by analyzing things that the children are doing. Yasmin Anwar by Berkeley News writes that Children are devoted to learning about the world, instead of just focusing on getting things accomplished. They explore the actual world and pretend worlds and imagine crazy things. What we’ve found in our research is that this kind of exploration makes kids better than adults at finding unlikely solutions to a problem.

In today’s life, children know more than adults in terms of technology. As Richard Jenkins from The Independent revealed by the time they reach the age of seven, children will have been looking at screens for the equivalent of 456 days – an average of four hours every day. But just 182 days, or an average of just over an hour and a half a day, will have been spent playing outdoors. The study also found 62 per cent of parents wish their children would spend more time playing outside as opposed to, in front of a screen. The research, of 1,000 British and Irish parents of children aged up to seven, was conducted by Persil, and found three quarters have used a screen to entertain their youngsters so they can get on with other tasks. But six in 10 admit this behavior, while convenient, could negatively affect their child’s creative thinking and ability to solve problems. Parents face lots of challenges while parenting their children, the biggest challenge is technology. There are many negative and positive impacts of technology on a child. According to Charles Nechtem Associates, technology is virtually in every home in one way or another: about 96% of Americans have a TV and 94% of children ages 3 to 18 have internet access either through a computer or smartphone. Technology can negatively affect children’s ability to develop social skills, relationships, health, and overall focus. There are also many ways in which technology can positively impact our lives and those of our children—it all depends on how the technology is being used. According to a national survey done by Common Sense Media in 2019, 53% of children have a smartphone by the time they turn 11. Therefore, it’s important for parents to be mindful of how their children use technology and the potential effects—both positive and negative.

A study of Hindustan Times says, the pull is real and has taken root within the society unlike anything else. Checking messages, updating statuses, sending an email, making just another move in a game or reading another article before one goes off to sleep; different members of the society have different reasons to give in. Expecting children to regulate and limit use of technology is not fair to ask on our behalf, when we ourselves are still learning it. Members of the society have at various occasions, brought up the concern about the addiction technology is creating. It is clear from the way new generations are adapting to the digital age that technology itself is not the object of addiction. Children are addicted to the fact that they can create with greater ease, connect with other people and explore so much through the medium of technology. That seems like a justified enough reason to give in to the pull of the digital era. Technology is exposing children and offering them a chance of experiencing things they might not be able to see, feel, hear or touch in the real world. To be very simple, it is giving them a chance to revisit things on a later date by saving them, improving performances where applicable and sharing with the world in case of achievements and experiences. 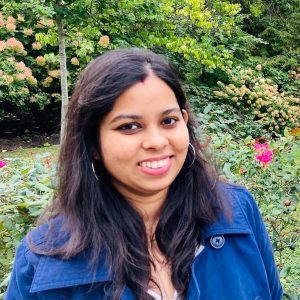 November 21, 2022
PrevPreviousThe Journey of Self-Acceptance
NextAnalyzing the Depths of BilingualismNext
On Key