How many of us actually get a chance to speak with an artist, let alone a local award-winning artist? Most visual artists let their art speak for themselves… not wanting to allow you to see who they are and not exposing themselves publicly. This may come across as odd; however, artists reveal themselves by giving clues about the message(s) found in their art. Lucas Harte is a senior at the Shaker Heights High School Innovative Center in Ohio and our most recent featured artist. Lucas cares a lot about animals, especially cats. He has done cat fostering to help kittens be ready for adoption and helps any cats that might need it. Lucas loves cats so much that he does cat sitting and fostering, so he’s around cats a lot. Later down the road, he may have a few ideas or plans to take his love for cats to the next level by working with local animal shelters, charities, veterinarians, and other related causes. For now, he has his hands full caring for his felines. Lucas boasts, “I have a few drawings I made of my cats. Most of them are from when I first got an iPad”. He currently has four cats, and one of them is a foster cat. Their names are Jungle Pig (11), Rugen (4), Harley (1), and Hobbes (5 months). Three of them were foster fails from the past 4 years, and Jungle Pig has been around since he was a kid.

Lucas can remember vaguely hearing his mother constantly talking about a time he copied her chalk bird drawing “perfectly.” This childhood memory is what he knows, feels, and goes by. It is stored in his brain. He is inspired by it and driven by his mother’s words. Fun fact - the hippocampus is associated with declarative and episodic memory and recognition memory. Committed to his craft, Lucas has been taking weekend classes at the Cleveland Institute of Art for over 10 years. He has taken pre-college courses there for two years. One of the pre-college courses was in 2D animation, which Lucas really enjoyed, particularly the animation process, especially storyboards. He does most of his digital drawings on Procreate. He prefers having an iPad that he can easily carry around and draw whenever he wants. He finds the iPad extremely useful, as opposed to working on and carrying around a large drawing tablet. He usually does more cartoony art, but he has been trying to do observation art more in the past few years. He finds “just drawing” to be a pretty relaxing activity. Using a more relaxed approach tends to make him a bit slower than other people, but it doesn’t take away from the joy of sitting down and drawing for an hour or two. Lucas shared with us that he also finds traditional on-paper/canvas art to be far more challenging to try to do. He said, “I don’t like having to worry about the stress of messing something up and having to redo it when I can just undo it immediately and try again.” Besides Procreate, Lucas is skillful with Photoshop, Adobe Animate, and InDesign. His goal is to explore more apps and software options and grow in these areas. He would like to keep up with the trends. Lucas is also looking forward to learning more about other professional platforms used to create huge blockbusters. Lucas’s style covers a wide range of digital art and subject matter - from cats to observation style to cartoonish. During his more recent portfolio review, he received the following remarks from the panel members: “very detailed, highly technical drawing that experiments with light and color.”

A few years ago, when he was still “bad” at art, his mom entered him into an art show. Lucas entered two less than stellar “pieces” and had them each cost $40 (most of the price came from the frames) and someone actually bought one of them. He also entered an art contest, Battle of the Teal, and ended up winning the Founder’s Pick, which allowed him to make an online gallery, as well as this blog post. Lucas sees the value of getting his work out there for people to see. When planning his next visual piece or showcasing his portfolio, Lucas loves being flexible with a little structure. He feels that at times the process of choosing what art he likes can be confusing. He thinks that he should write down his ideas more often which would in turn help to narrow down his choices. He enjoys seeing critiques, showing off his work and growing his portfolio. The project size determines the amount of time needed to complete one piece. Lucas completes his art projects over time, not in one sitting. The time can range from 2-9 hours for one of his cartoon projects. Each piece is special. For one of his most recent projects, Lucas drew a house that he built in the game Minecraft. He drew it mostly for fun. However, he had not drawn a lot of perspective related art, so it was a good opportunity to work on it. He still hasn't finished it; he got sidetracked with school. However, Lucas says that he does like how it’s going so far.

Lucas, like most students, would like to explore some careers a bit more; he’s not entirely narrowed his job interests as of yet. ”I’d like to do more soul-searching and exploration before choosing that one career path”, says Lucas. If he could choose anything today, he would like a job in the arts… that involves 2d animation storyboarding. He would also like to explore architecture inside the arts or take on his love for animals either working at a veterinary clinic or providing his visual artwork at vet clinics. The career counselor at his school provided him and connected him with an internship opportunity recently. He completed requests to be connected with mentors specifically for animation, in addition to architecture. Lucas is currently interviewing with Company Connections out of Cincinnati who specializes in cartooning. “It’s pretty cool that I get to see how art would be done in a smaller professional setting,” said Lucas. Lucas wants to go to an art college, but he is not sure what to major in, or what to do afterwards.

Impacting the community and the world

Lucas would like people to see the art he made and be inspired to draw themselves, and hopefully this blog will help do that. More specifically, his hope is to inspire others who like drawing to see his creations and feel the excitement to get better for themselves. There are a few artists who motivate him to do better in his art…when he sees how good they are at what they do. Read more art-related featured stories on the Zealousness blog Battle of the Teal_FS - iN Education Inc. (ineducationonline.org) 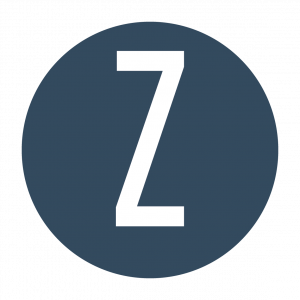