Why Do People Judge?

“Thinking is difficult. That’s why most people judge.”

She is so quiet; she must be nerdy. He rides bikes and has lots of tattoos; he must be a playboy. She has only male friends; she must have a loose character. She is so skinny; he is so fat. Blah blah. The taunts and mean comments go on and on.

People judge each other all the time. We all are guilty of the same. Nobody can deny it (unless you are a saint!). Many people realize that judging others and being judged are toxic traits that need to be stopped in order to lead a better life. And such people refrain from consciously judging others. But some of us do so even without realizing that we are judging.

But why are people so judgmental all the time? Why do they have to be mean and belittle someone else? Are they perfect in their own skins?

There is one saying that I firmly believe in – One should judge people if they want to know what is wrong with themselves. This simply means that whatever you are saying about other people needs to be healed within you too. People are just projecting their own insecurities onto other people to feel better about themselves.

Judgmental people are unhappy with their own lives. Their fears and insecurities surpass their inner happiness and sense of contentment. So they judge, mock and belittle people in order to have a sense of superiority.

Whenever someone is giving their opinion about you, judging you for your life’s choices, body type, skin color, background, etc., don’t take it personally. Their opinions don’t define you as a person. People will say whatever they have to say but a healed person knows that these opinions and remarks have nothing to do with them. They are just revealing their own hidden insecurities and venting the dirt in their mind.

We all need to take some steps and do some inner work to remove this toxicity from our society. Instead of looking at other people, finding faults and becoming a critique, turn the focus inwards. Do some self-reflection and take some steps towards personal growth. We can never be perfect, but self-improvement is essential for all of us. And such self-improvement has a very positive impact on one’s life.

“I’m starting with the man in the mirror

I am asking him to change his ways

And no message could have been any clearer

If you want to make the world a better place

Take a look at yourself, and then make a change “

Let’s change this world by changing the person you see in the mirror. Let’s make this world a better and more positive place to be. One should neither tolerate negativity nor spread it. Rather if you see it happening, take a step forward and guide the other person and speak up for the truth.

I firmly believe we attract people and circumstances that are a vibrational match to who we are. The universe works on frequency. Consider every person as a mirror of your own personality. People see things in others that are nothing but a reflection of their own personalities.

So next time if you judge someone or are being judged, take a step back before reacting and think about it in these new terms.

Note: This is an opinion piece. 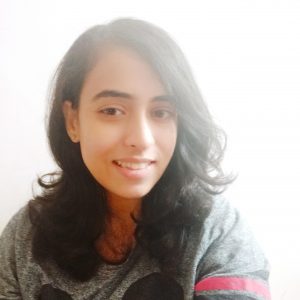 April 8, 2022
PrevPreviousLooking beyond STEM: It’s Time to Humanize Our Education System
NextLoneliness – A Blessing in disguiseNext
On Key