If art were a sport, Alan Rakhmistrovskiy would be any Captain’s “Top Three” pick! Alan is an aspiring artist who attends Andrews Osborne Academy in Willoughby, Ohio. Not only is he talented in multiple visual art forms, he also is an exceptional player of several musical instruments. His artistic achievements and awards include the following:

Alan first discovered his passion for art, and music, when he observed his mom doing her art. Together, they would often draw or sit down and practice piano music as fun family activities.

Alan has two role models: his mother, who has taught him to work hard and enjoy art and music, and his English teacher, Mr. Fox, who taught him to think critically outside of the box and to be more creative. He is grateful to have both of them in his life as they have shaped him into the person who he is today.

Alan tried different styles in art and one of his favorite styles is abstract. It’s his favorite style because there is an endless choice of what he can do with his imagination. His plan for the near future is to paint more ocean scenes as well as animals.

He loves drawing with pen and ink because of the contrast it creates between black and white. It also teaches him confidence and patience because once he draws something in ink, there is no way to erase it and do it over. It’s permanent. Only recently he started experimenting with acrylic paint on canvas. He really likes the flexibility of the different colors and effects that he can create with it.

Alan loves the fact that he can express himself when creating an artwork, and show his ideas and emotions on paper or canvas. There is always a lot of planning that goes into designing his work. His goal is to create a balance throughout the composition to create a visual interest and to draw the viewer’s attention to the most important details.

Alan’s first musical instrument was the piano. Later on he picked up the flute for his pure enjoyment and it turned out that he liked it a lot! Right now, Alan takes piano, flute, and art lessons and prides himself on improving his artistic skills.

Alan was nominated and accepted to participate in the District Middle School honor band event, to account for some of his music endeavors. This is a unique opportunity for the students who are upper level players to showcase their talents and play in an elite ensemble. He is really looking forward to playing in a full-size band with other kids who enjoy playing instruments.

For his career, Alan would like to use his art experience in the engineering field. He believes that his creativity and observational capabilities will enable him to be more effective as an engineer.

There’s no question as to why Alan would be a top pick. Alan is an aspiring artist who is talented in multiple visual art forms and exceptional with musical instruments. At the end of the day, he is still a young teenager who enjoys playing sports and hanging out with his friends. 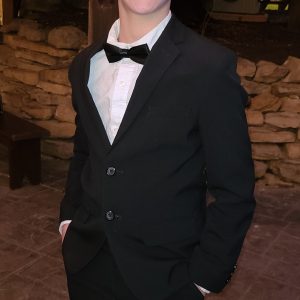 November 21, 2022
PrevPreviousExpress Your Love For Arts – Free K-12 Viral Showcase
NextTaking the Education of History Beyond MemorizationNext
On Key